The growing positivity towards open banking in Europe 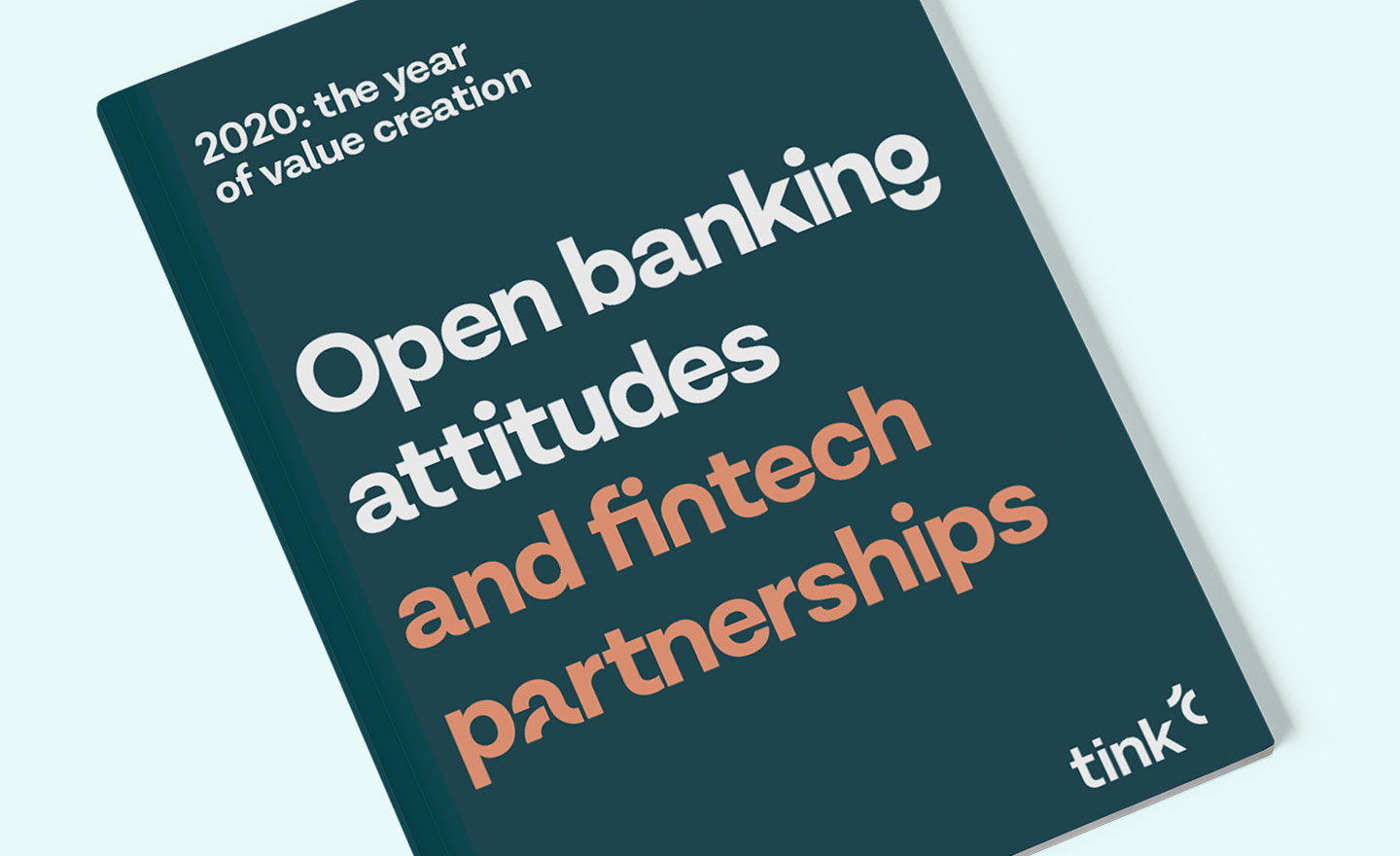 How has the attitude towards open banking changed since last year? Do bankers feel they have a clear strategy to reap the benefits? Just how much are financial institutions across Europe investing in their open banking efforts? We asked these questions – and many more – in our newest survey.

In the beginning of the year, we surveyed 290 senior executives and decision makers in the financial industry across Europe about their views on open banking. The results came back with so many interesting findings that we decided we’d need to split it up into a couple of different reports.

The first report based on our 2020 survey focuses on open banking attitudes and fintech partnerships – and it shows that financial executives are more excited about open banking than ever before. 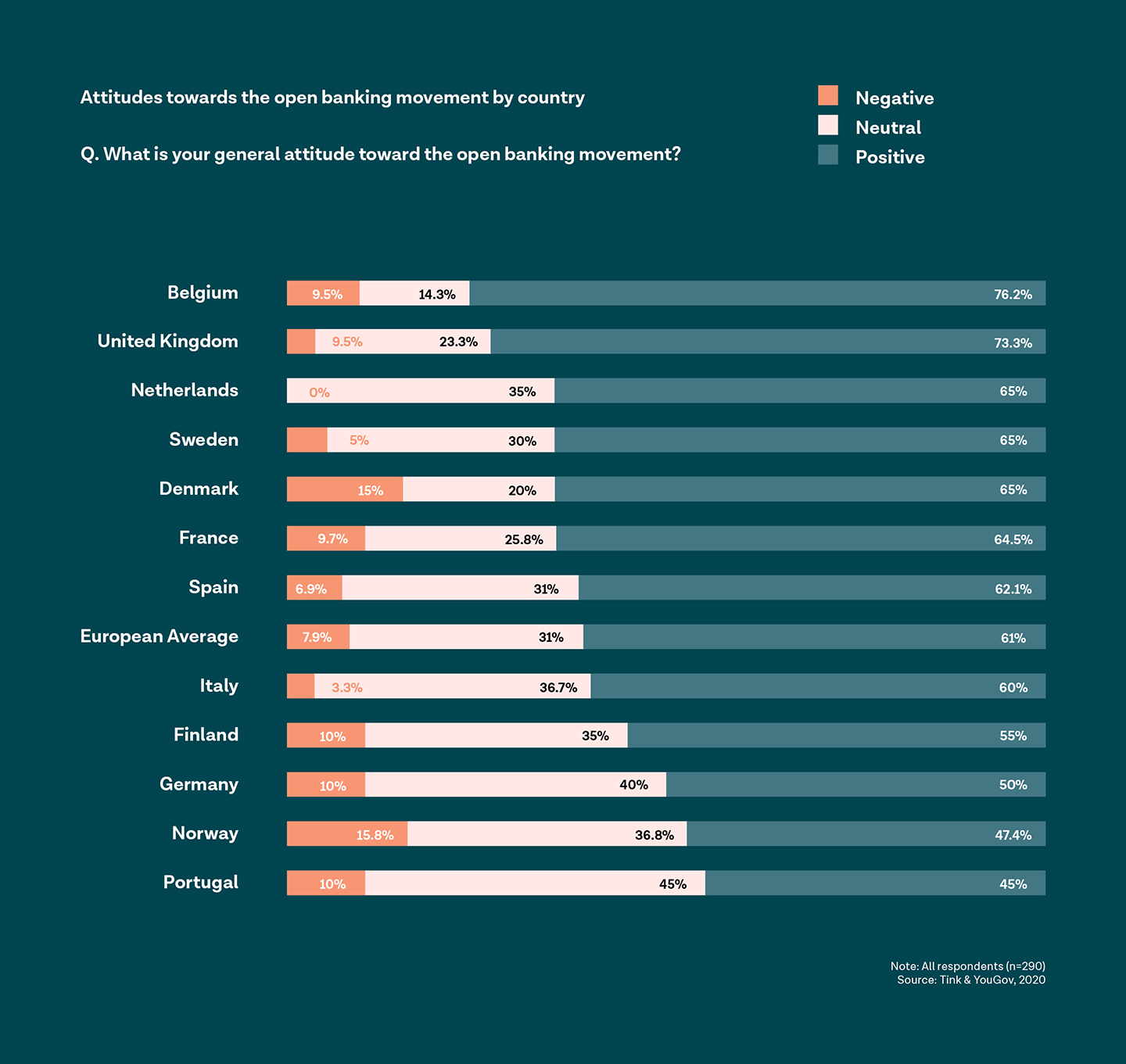 Fintech partnerships are a key priority

The general confidence in open banking is not just reflected by a positive sentiment and an understanding of the opportunity, but also by the growing number of fintech partnerships that financial institutions are forming to realise their open banking objectives. 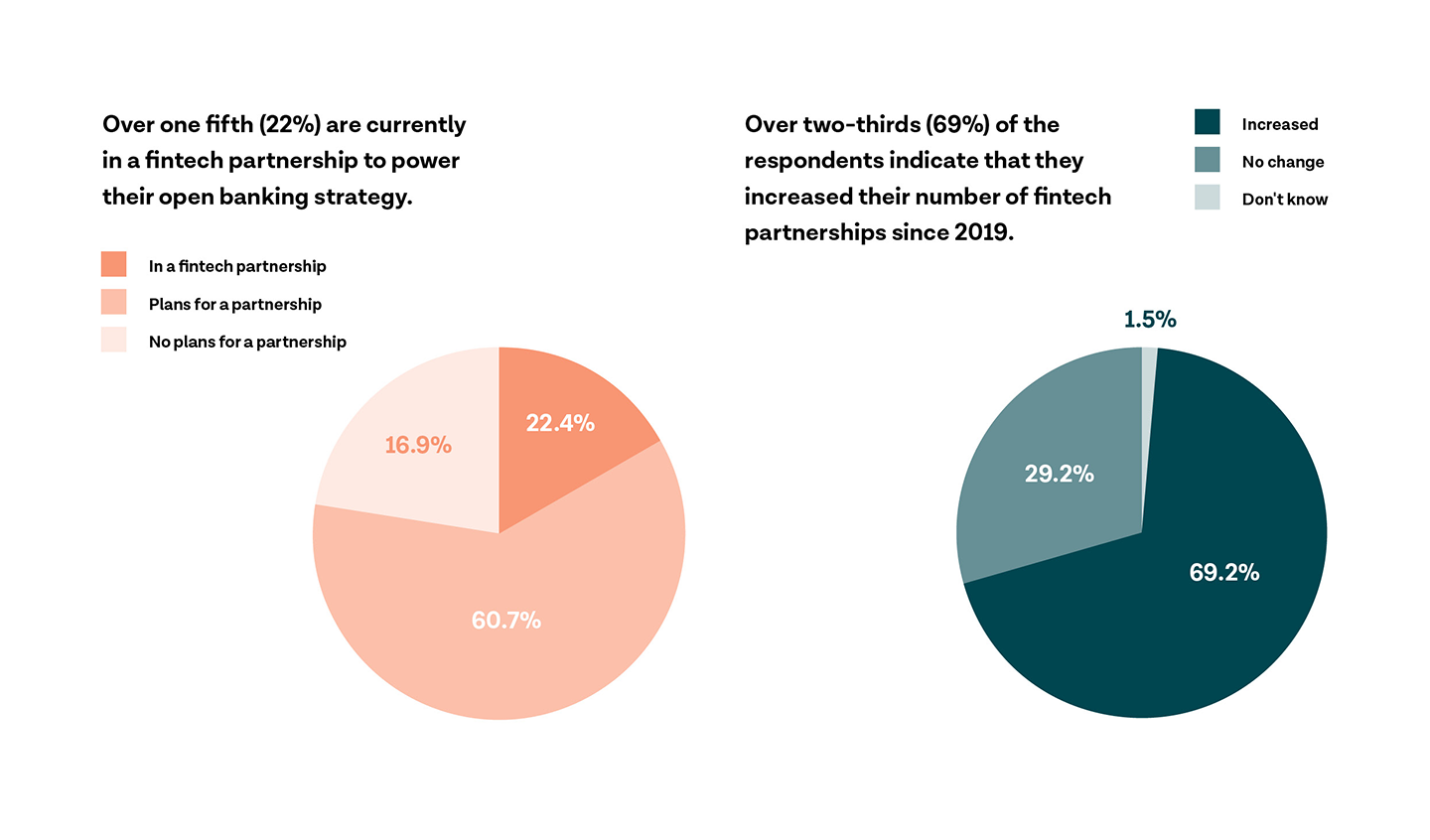 And those who have not yet partnered with fintechs are likely to change that soon. The majority (69.8%) of the as-of-yet unpartnered indicate that they want to establish a partnership over the next 12 months.

The increased appetite from those who are already partnering as well as the high interest from the organisations that haven’t yet formed partnerships is a strong sign that these institutions are seeing a positive impact from teaming up with fintechs.

On the journey towards value creation

While there is ample confidence in open banking, it is not always widely understood within some organisations. Institutions where the executives are able to translate the opportunity of open banking into a clear strategy will be in the best position to start realising its benefits.

The good news is, the majority (57.6%) of respondents indicate their organisation has a clear strategy for open banking. Of course, this means there are 40% on the other side. While some financial institutions may approach open banking as a long-term strategic play that involves a significant shift in their business model over time – others see the opportunity for short-term, quick-win value creation. And it can be both.

The benefits of open banking are not just in some distant future – they’re ready for the picking.

Find out more about the results, how the views on open banking vary across different countries and our recommendations for creating short-term value in the full report:

We have more reports based on our 2020 survey coming out throughout the year. Stay tuned for more insights into how companies are looking to create value, and how much they’re investing towards their open baking efforts.