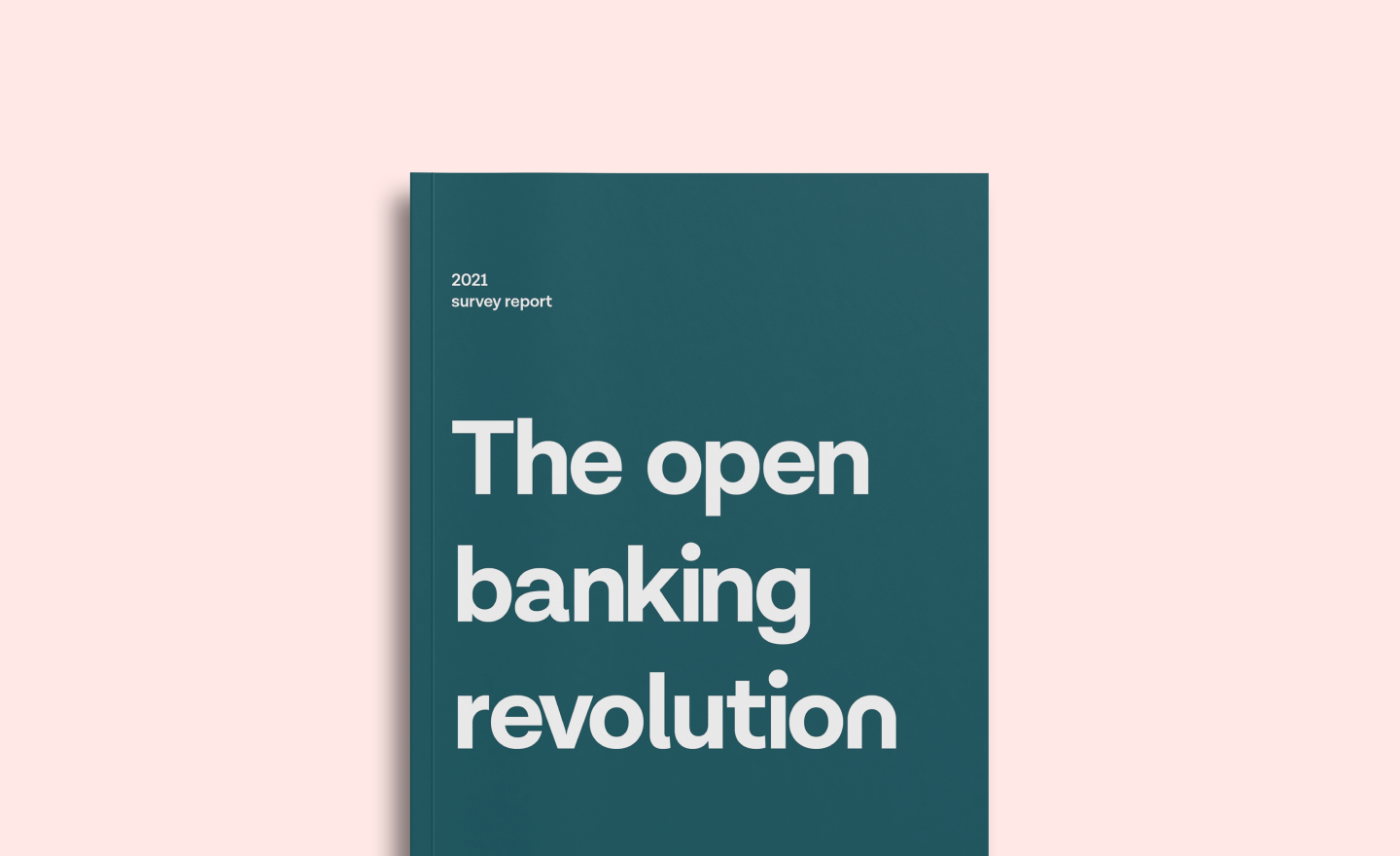 Our survey reveals financial executives in Europe feel more positive towards open banking than ever before – and the majority see it as having a revolutionary effect on the industry. But the revolution won’t happen overnight, and 37% predict it will take more than a decade to complete their objectives. Of course, transformation takes time. But we can’t help but wonder if there might be a shortcut.

Keen to understand how the sentiment towards open banking is progressing, we’ve been surveying senior financial executives in Europe for the past few years. And progress things have. The skepticism open banking was originally met with seems to be largely gone.

In ‘The open banking revolution’ – the second report based on our 2021 survey – we find that 71% of bankers now express feeling positive towards open banking, up from 55% in 2019. And what’s more – when asked if they perceived open banking as a revolution or an evolution for the industry, a whopping 83% agreed: it’s a revolution. 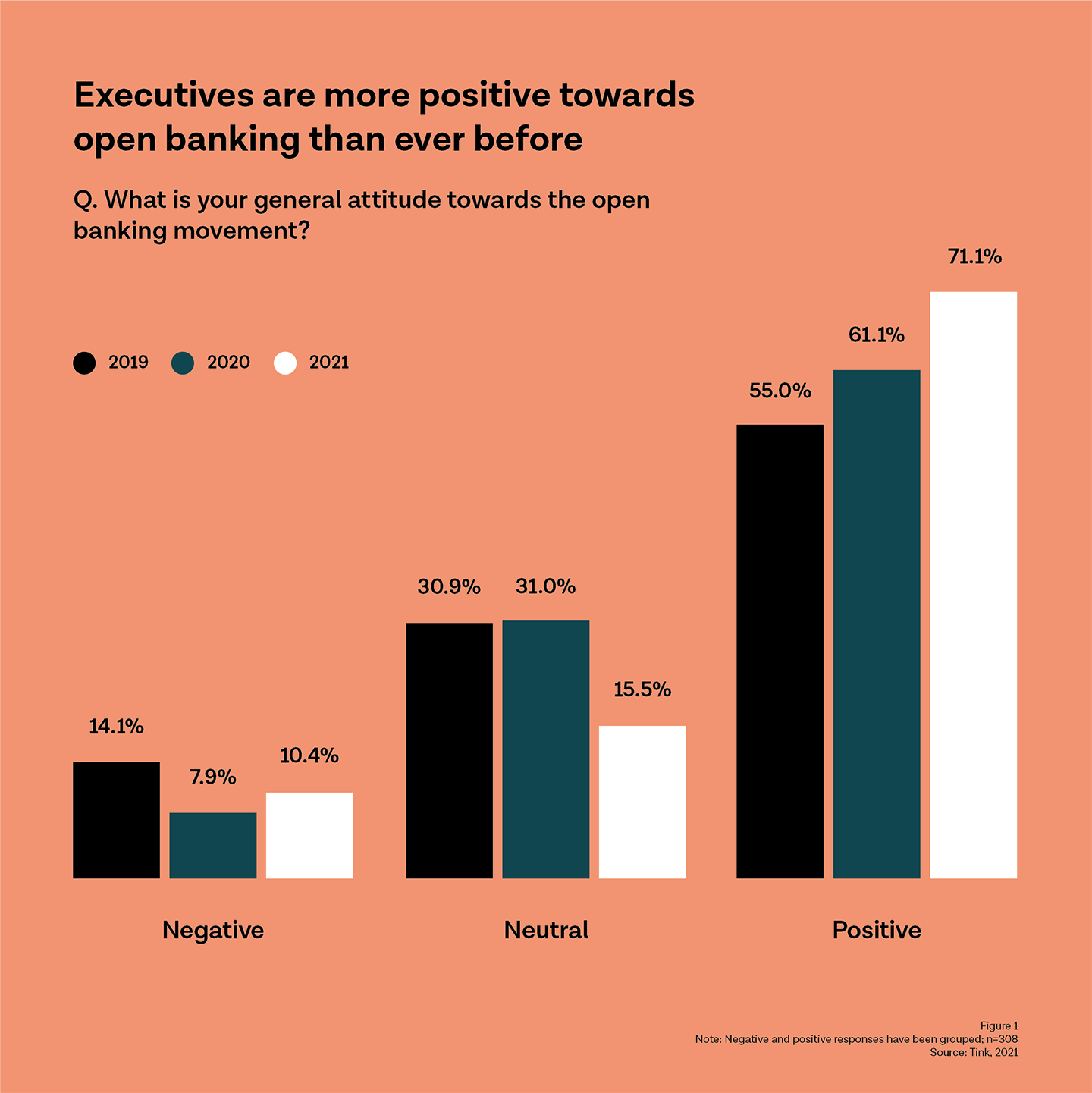 These results suggest financial institutions are waking up to the size of the open banking prize – and we can expect to see large transformational projects related to open banking, rather than a continuous flow of smaller incremental changes.

So, what are the opportunities bankers have in sight? Bankers considered open banking as ‘extremely important’ to realise several objectives, with enhancing the customer experience (36%) coming out on top, followed by launching new digital services (35%) and increasing revenue (34%).

While positivity is high, bankers seem to be bracing for a long transformational journey, and expect it will take many years to complete implementation.
Four in ten (40%) believe it will take their business between five to ten years to realise its open banking objectives, and a further 37% believe it could take over a decade.
These cautious timescales reflect the size of the task at hand, with many organisations embarking on complex, large-scale open banking transformation projects that will take several years to realise. 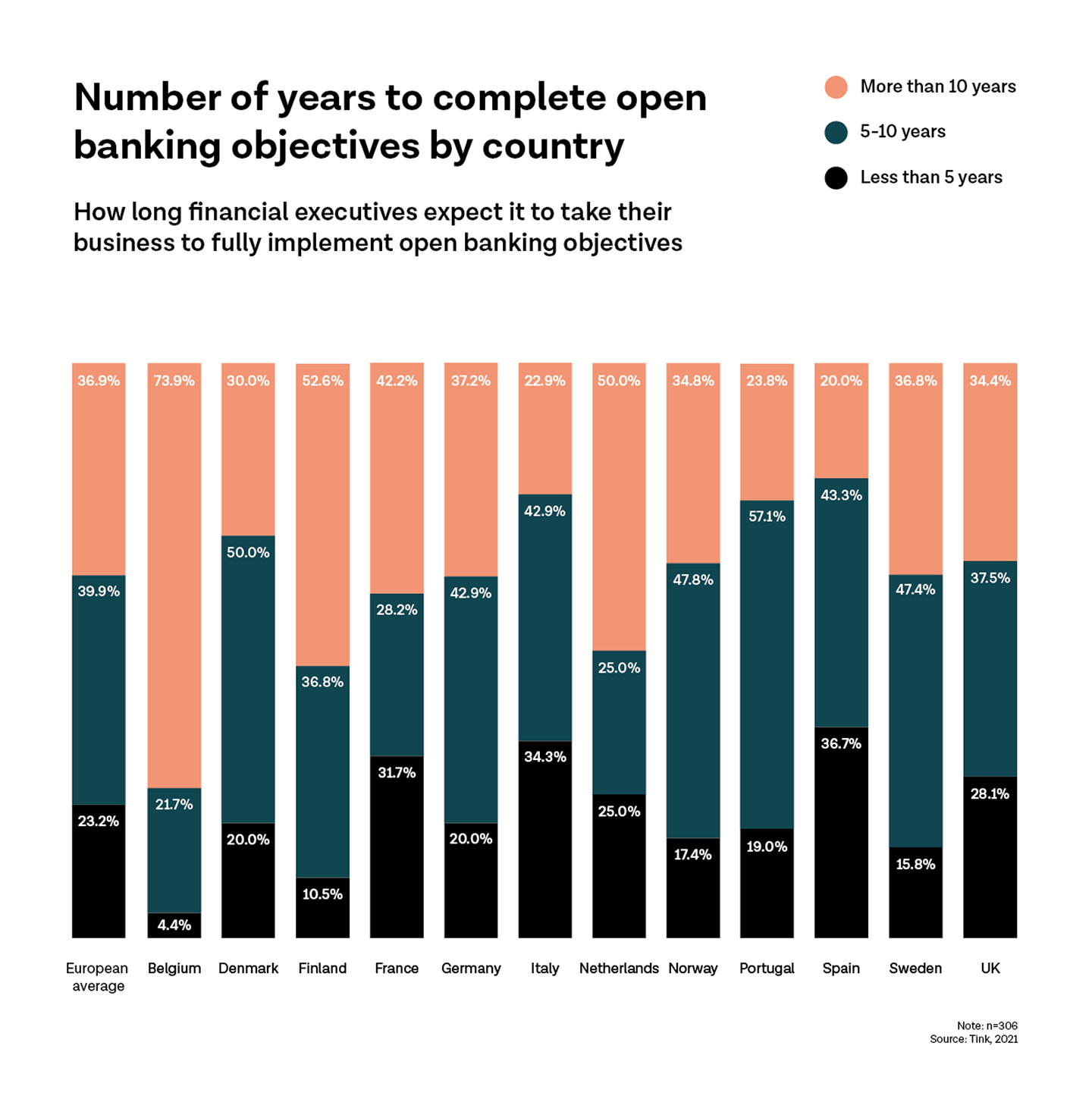 Of those surveyed, executives in Spain (37%), Italy (34%), and France (32%) were most optimistic, predicting their institutions’ objectives can be completed in under five years. This might indicate a more limited scope for open banking strategies in these markets, focusing on compliance or short-term use cases rather than larger transformation projects.

A possible path to acceleration

It’s only natural to expect that the open banking revolution won’t happen overnight. After all, we’re talking about complex transformation projects that have the potential to completely upend current business models. (More on that in the report.)

While the appetite from financial institutions is clearly there – many may find themselves held back by legacy infrastructure or technological challenges.

This is where fintech partnerships can swoop in to help banks get there sooner. Rather than start building from scratch and taking on projects which can take a decade to come to fruition, partnerships can shortcut timeframes and leapfrog legacy systems, allowing institutions to reap the rewards of open banking earlier than they might expect.