Why executives say regulation is the biggest threat to banking 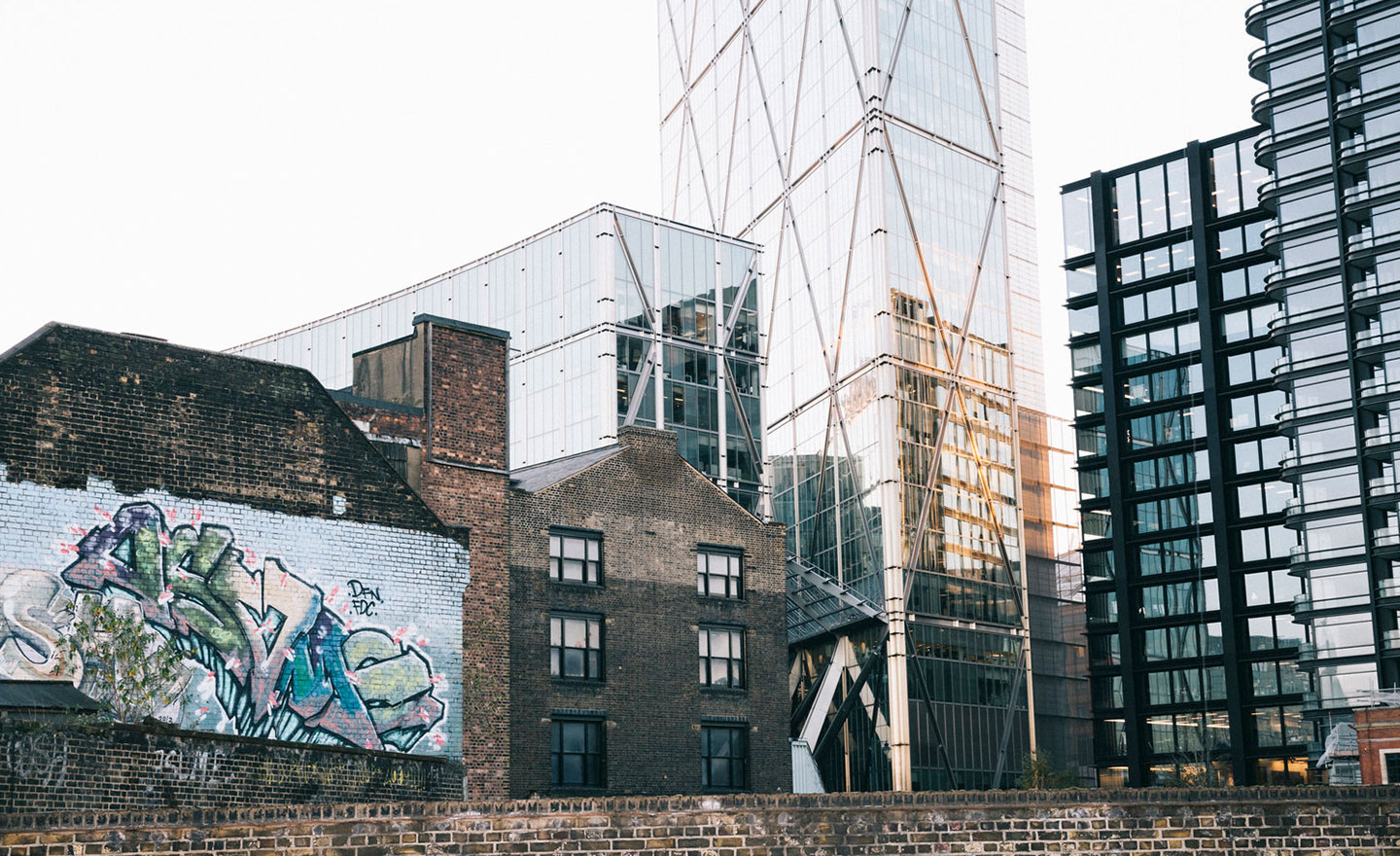 This is the first piece in a three-part series: Inside the minds of Europe’s bankers. We conducted a survey on the subject of open banking, querying nearly 270 European financial executives on how they see the movement, the regulations and the future. This is the first of the three major conclusions we’ve made after analysing the data.

After surveying hundreds of financial executives across Europe, one message came through loud and clear: they’re not fond of regulation. In fact, they cited it in our survey as the biggest threat to their current business models.

As the final PSD2 deadline on 14th September draws tantalisingly close, we are now sure of one thing – a lack of clarity over how the regulation should be implemented has left many bankers feeling frustrated.

While it’s always been clear what the banks need to provide in order to comply by September – a dedicated interface for third parties to access current account data – it has never been entirely clear how they should do it. 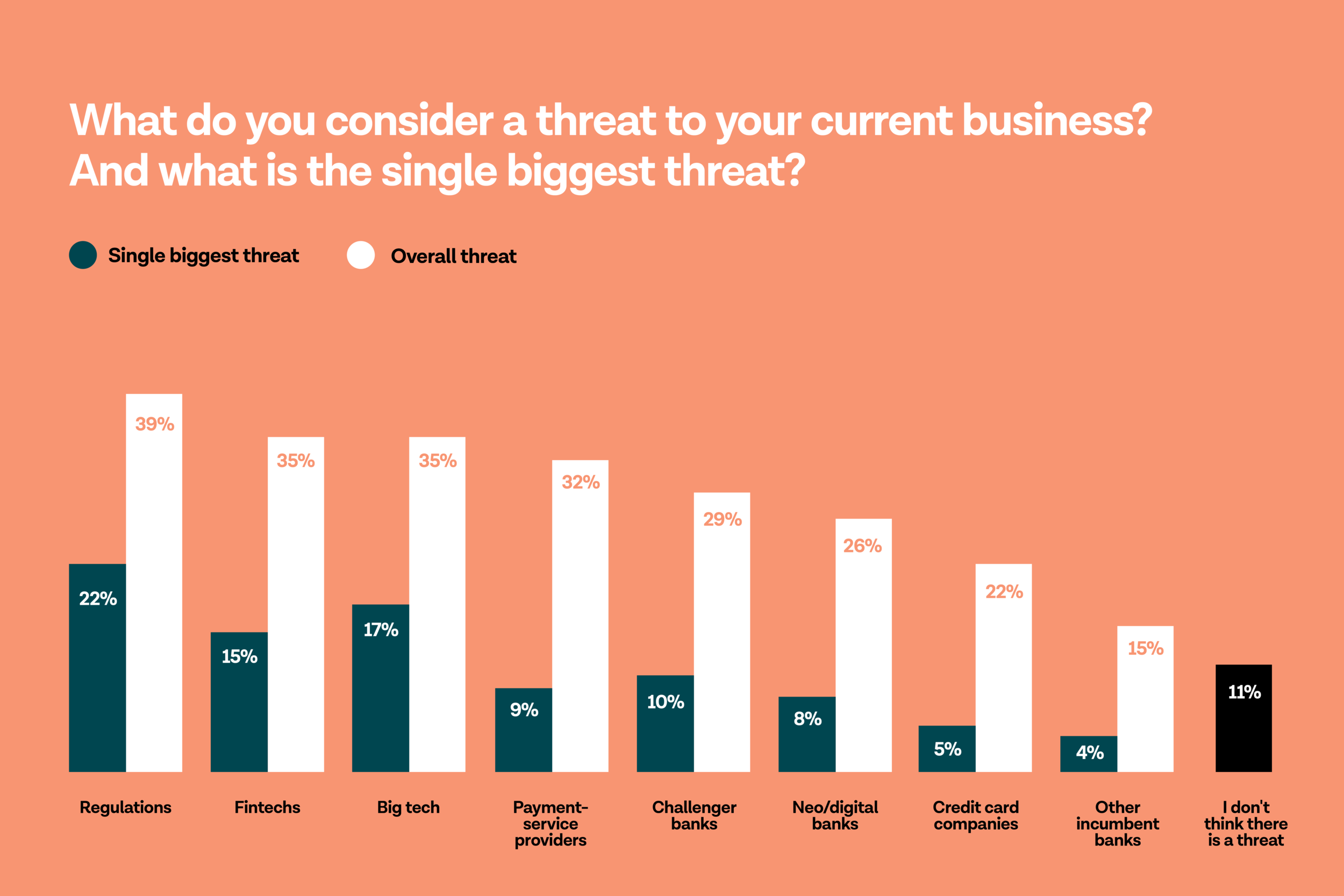 From 8th April - 7th May 2019 YouGov conducted online and telephone interviews on behalf of Tink, among 269 decision makers within Europe’s most prominent financial services companies across 17 countries.

With the debates around how to comply raging on, just months away from the deadline, it could help explain why bankers say regulation is the biggest threat to their current business (39%) – followed by big tech (35%) and fintechs (35%).

In line with this thinking, a further 36% of bankers consider complying with regulations to be the major open banking challenge. However, this is not just a perception problem. PSD2 regulation is a real, practical problem for the banks – and one they’re not quite sure how to solve.

Knowing how to comply

The September deadline is not just the day for all European banks to have a working dedicated interface that third parties can use to access data from customers’ current accounts. It’s also the date for them to have implemented the Regulatory Technical Standards (RTS) on the security elements of PSD2 – namely having two-factor authentication for customers, as well as ensuring secure communication.

Unfortunately, while EU regulators had some specific aims for PSD2 – promoting innovation and enhancing consumer protection – for banks, the guidelines simply outline what the interface and the security elements needed to support, but not how. Instead, the EBA has required the banks sit together themselves to decide what it looks like in practice.

But it’s not working. Essentially, the banks have been told they need to build a bridge – except they’ve never seen one before. Taken back into the context of PSD2, they’ve seen APIs before but they’re not sure what their APIs should look like for external use or the supporting environment around it.

The knock-on effect is that third-party providers are now clamouring for access to the test environments that banks were supposed to provide by 14th March. We observed at the time that 41% of European banks in 10 major markets missed this “sandbox” deadline. And for many of those that made it, the interpretations about the functionality they need to provide hasn’t met the expectations of the third parties.

A striking confidence in compliance

Despite all of this, an overwhelming majority of bankers are relatively confident they can meet the PSD2 deadline in September (91%), with a fifth (18%) being very confident.

The next looming deadline is 14th June, when banks must release their production-ready APIs to third parties – the stable and permanent connections that will offer access to customer data. Which will give a good indication of the industry’s readiness for the final push to September.

Ultimately, the banks want to succeed in complying with the regulation, not least because the penalties are stiff if they don’t. In the worst cases they could face prosecution by local governments for limiting third parties, but moreover, by not complying they risk having to make even larger long-term investments, and lose important competitive ground with customers.

Don’t miss part two of Inside the minds of Europe’s bankers, where we’ll dive into our second big takeaway from the survey data – a startling attitude shift towards open banking.

To read the full report with all of the survey data and related insights on how executives see the challenges, opportunities and threats of open banking, download it here.