One PSD2 compliant platform, endless opportunities.
What will you build with Tink?

Use cases for each stage of your customer journey, built on Tink's open banking platform.

See all use cases

Own the complete experience

Be indispensable to your customers

Transact in your environment

Pay bills in your environment

Get the tools, resources, and guides you need to build great open banking experiences.

Learn more about the minds behind Tink.

About us
Reference cases
Careers

Technology – not legislation – is leading the open banking revolution

The technology behind open banking offers a number of opportunities that smart banks should take advantage of. 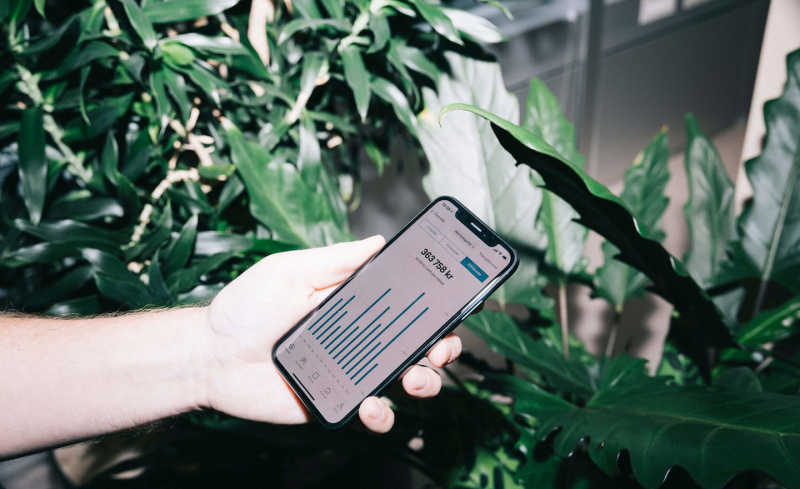 Until now, banks have occupied a privileged space. They have operated in a market that has handed them a monopoly over their customers’ data and discouraged competition and innovation. This is about to change as we are entering the era of open banking.

On 13 January 2018, the second Payment Services Directive (PSD2) became law across the European Union. As a result, non-banking entities such as tech and telecoms firms are now table to provide services traditionally associated with banks.

The directive will force banks to open up their customer data and payments infrastructure to third-party personal finance management apps or payment providers at the customer’s request. Data will be put back in the hands of the consumer and ignite an increased competition in the retail banking market.

Technology in the driving seat

Legislative change on this scale doesn’t happen in a vacuum. It’s smart and forward-thinking initiatives in the fintech sector that have made open banking possible. While PSD2 is the European Union’s initiative to create a legal framework for these developments, fintechs like Tink have been trailblazing in the spirit of open banking for years. In effect, the new directive is rather the seal of approval for the change that has been sweeping the retail banking sector.

Traditionally, banks have been set up for an ‘exclusive’ relationship with their customers. High barriers to switching have dis-incentivised customers from looking elsewhere. People wanting to move banks have had to ‘divorce’ their old bank to start afresh with their new provider. This model of bank-customer relationship is out of sync with reality. Most people today hold multiple bank accounts and financial products with several providers. Technology is now offering another option.

Technology already exists that allows people to on-board a new bank and bring their entire banking history with them, making it simple to view all of their finances in the same place and make smarter financial decisions. Using data analytics, these apps evaluate users’ habits, enabling them to make smarter financial decisions and nudge them towards the best bank products.

Big tech companies with strong consumer facing brands have been quick to take advantage of the opportunity opened up by fintechs. Giants like Apple, Facebook and Orange are now offering payments services. This is just the tip of the iceberg – the last few years has seen the rise of fintechs like Klarna, Mint, Monzo and Tink making a play on the territory traditionally held by banks.

This smorgasbord of consumer focused financial products is creating a new generation of platform agnostic consumers who don’t care whether they manage their money through their bank, their phone company or their social media. Instead, smartphones are becoming the main interface between people and their money. Today’s consumer expects their chosen provider to fit into their lifestyle, rather than the other way around.

Digitisation and the rise of price comparison services means today’s consumer is becoming more empowered to search for a better deal or more advanced service. And if the consumer’s banks doesn’t offer what they want, open banking will make it easier for them to find and switch to a bank that will.

Apps already exist that enable consumers to make payments, view all their accounts and products in one place and be offered actionable advice, data driven insights and product recommendations based on their habits and behaviours. Consumers can manage multiple accounts, transfer money and make payments. If they aren’t getting the best deal with their mortgage, the will be able to switch provider at the touch of a button. If they are missing out on a better savings rate, they can transfer accounts in an instant. All this, without leaving the app.  These apps are rapidly growing in popularity and PSD2 will cement their position as the norm.

Looking further ahead, personal finance management will be done on autopilot. People will give their banking platform permission to switch them to the best product for their needs without having to make an active decision.

The service formerly known as banking

The role of banks will change. Forward looking ones can stay competitive and become the absolute winners by reshaping their services to offer their own personal finance management platforms which directs consumers to the best products for their needs and create a bond of trust between bank and customer. Those banks who fail to embrace the opportunity risk becoming little more than the pipes and could see their consumers go elsewhere.

The open banking revolution is unlikely to burn itself out any time soon. The banks who survive and thrive will be those who embrace the change and invest in the power to innovate through technology and collaboration with fintechs. Banks that resist will be left in the dust.

Early adopters will be the heroes. By investing in technology, banks will be able to offer a service that increases loyalty amongst existing consumers, and win over customers from competitors who crave a better way of managing their money. The revolution is happening - and the winners will be the banks that embrace it.

Open banking is bigger than PSD2 and its reach goes further than the EU. PSD2 might have set the clock ticking, but it’s the technology underpinning the legislation that’s driving the change. Smart banks should jump on the opportunities offered by technology, rather than waiting for legislation for to force their hand.

A whopping 70% of C-level executives see the opportunities of open banking, while just 45% of product owners agree. Tink’s latest research report dives into the task banks face aligning their organisations to make the most of open banking.

How Avy is simplifying rental payments

Find out how Swedish startup Avy is upgrading the renting experience for property owners and tenants by putting real people at the centre of real estate – and how Tink is helping improve one of the cornerstones of their product.

Discover the leading open banking use cases – per country

When it comes to the top open banking opportunities, not all countries see eye-to-eye. Here are the open banking use cases being prioritised in five different markets – and the differences between them.