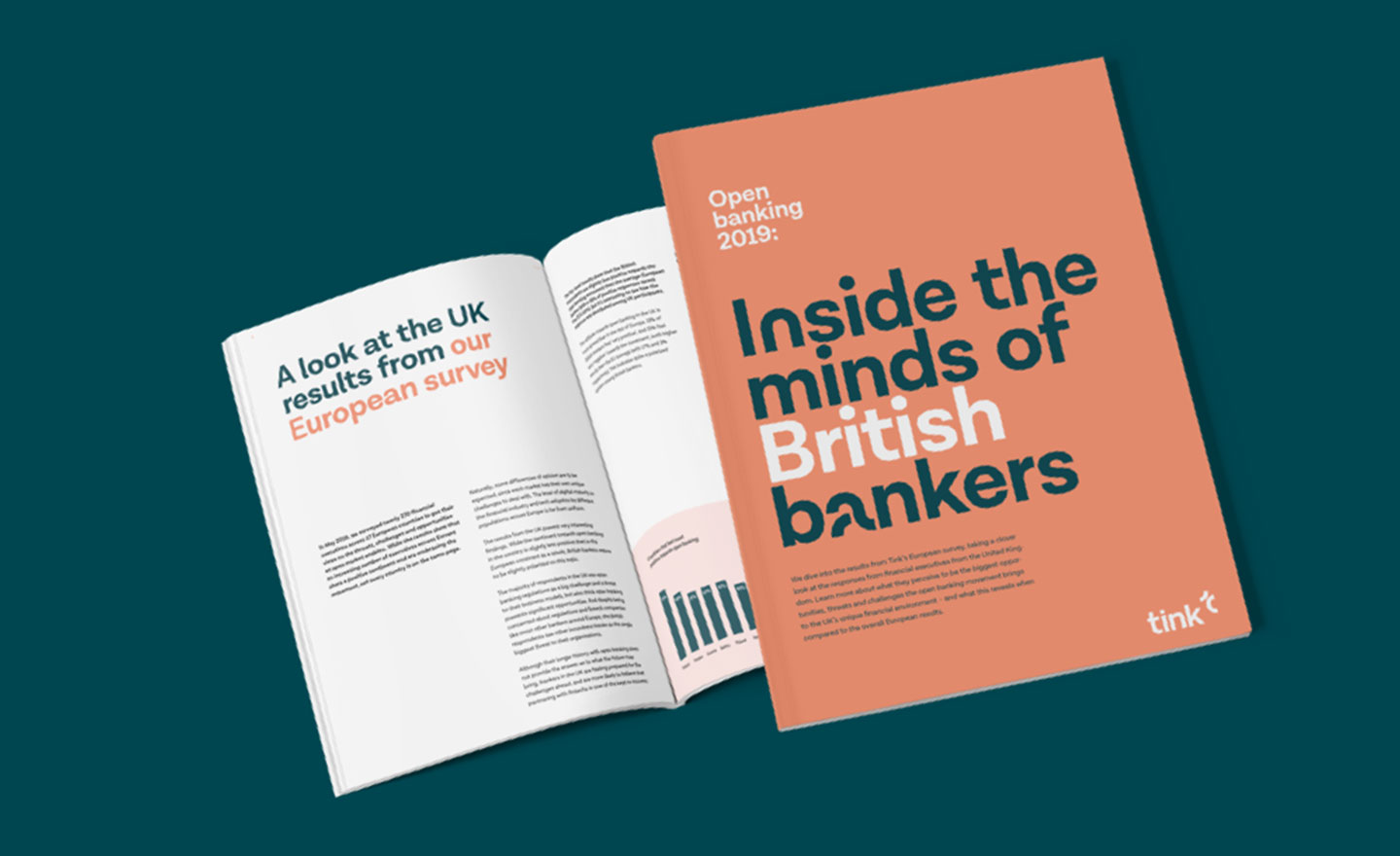 The results from Tink’s new UK survey report show that British bankers have a split opinion on the open banking movement, and unlike most other bankers across Europe, dealing with the new regulations is not a major concern for them. For respondents in the UK, ‘other incumbent banks’ came up as the single biggest threat brought by the open access to data.

When it comes to the open banking initiative, the UK is in a unique position compared to the rest of Europe. British bankers have had a head start in tackling the issue, and were already dealing with changing regulations in the form of the UK’s Open Banking Standard on top of the EU-wide PSD2.

The fact that financial executives in the UK have more ‘open banking experience’ comes with its advantages: they are feeling well-prepared for what the future may bring. 63% of respondents from the UK feel prepared for the next five years – a much higher result than the EU average at 48%.

Compared to their European peers, British bankers are also more likely to believe that the financial industry will evolve significantly as a result of open banking – and to work for an organisation that has already formed a fintech partnership.

When asked to pinpoint what they perceive to be the single biggest threat to their business, the British response was very different from the European consensus. While regulations (22%) and big tech (17%) were the biggest concern across Europe, ‘other incumbent banks’ shot up in the UK responses with 37% – way above the runner-up ‘challenger banks’ with 19%.

Open banking is now amping up the competition in a market that had been at a standstill, and while challenger banks have been gaining traction and popularity in the UK (especially among millennial customers), British executives are looking to the established banks as their major threat.

These large banks already have a known brand and large customer base. If one of them is first to release the ‘next big thing’ in terms of apps or services enabled by the open access to financial data, they are in a good position to take over a significant chunk of the market share.

Find out more about how the responses in the UK stand out from the European consensus, what bankers in the region see as the biggest challenges and opportunities of open banking, and how the uncertainties surrounding Brexit come into the picture in the full report.