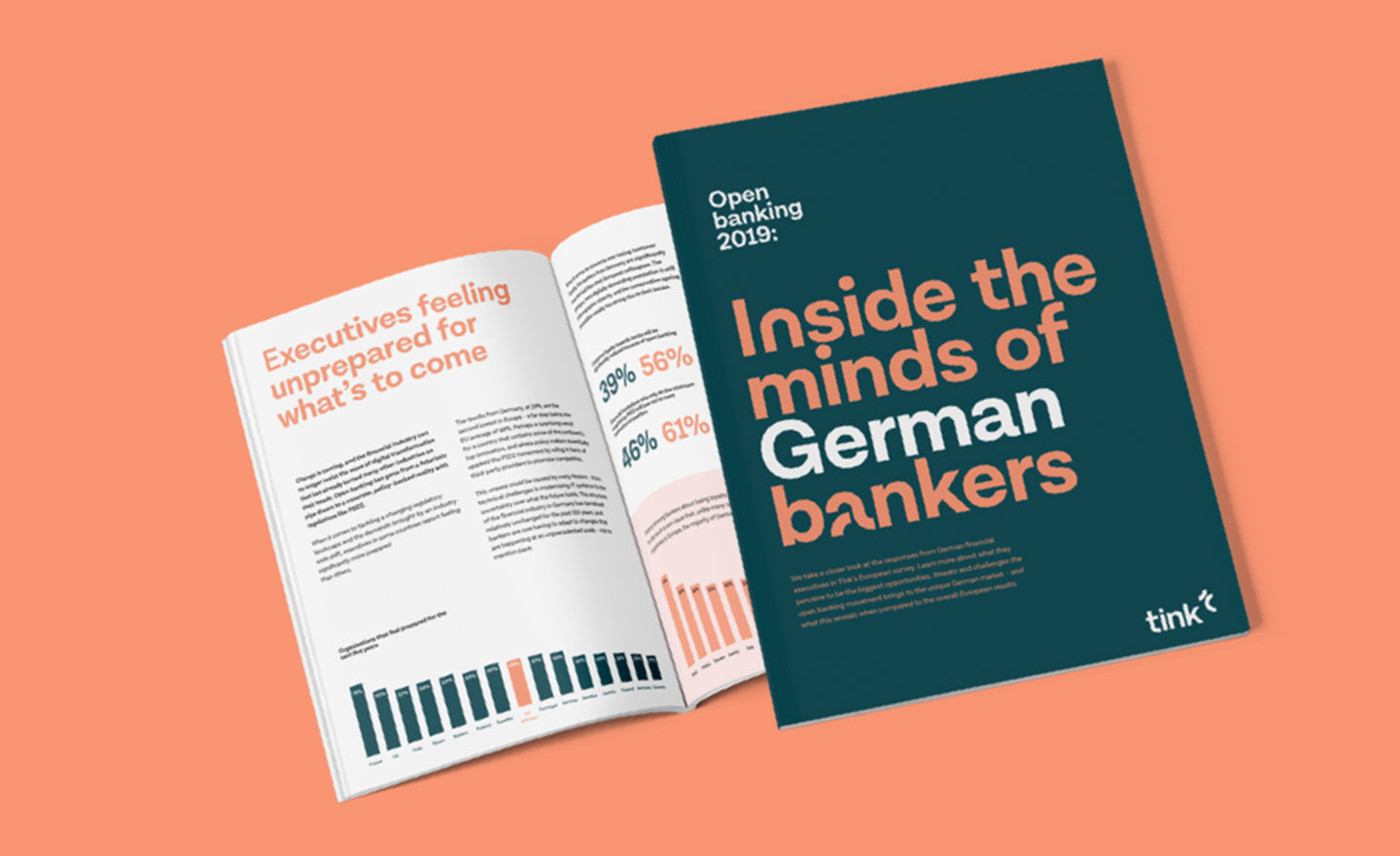 Tink’s new report finds that financial executives in Germany are more likely to perceive the open banking movement as a threat rather than an opportunity, and indicates that they are not looking to explore new opportunities beyond the scope of PSD2 regulations for now. But they still understand the industry is in transformation (just like the German market), and are looking to partner with fintechs to tackle the journey ahead.

Tink’s European-wide survey of financial executives found quite a split opinion in how bankers across different countries feel about open banking, with Germany standing out as one of the countries where we found the most negative responses.

Compared to their European peers, the German executives we surveyed report feeling less optimistic about open banking in general – and less prepared to handle the changes in the coming years.

To give a bit of context: the German market is currently undergoing a significant transformation, and the financial industry has a lot to contend with. One one side, the younger generation is creating an increasing demand for better digital services – and challenger banks are on the rise to address this demand. On the other hand, the largely conservative population (as well as stakeholders in the financial industry) has been resistant towards adopting new technologies.

But of course, Germany is not the only country in Europe currently dealing with challenges like these. Yet in most other countries, financial executives tend to perceive open banking as an opportunity rather than a threat.

One of the most noteworthy findings from the study is that German bankers don’t seem to be as willing to embrace the possibilities of open banking beyond the initial step of PSD2 compliance. Only 46% of the German respondents think that institutions who only do the minimum required by PSD2 will lose out more innovative competitors, whereas this is the majority belief across Europe (at 61%).

And there are many other ways in which the responses gathered in Germany don’t follow the general European outlook. The biggest threat German bankers see for their businesses? Big tech. The major challenges holding them back? Stakeholder resistance.

To find out more about what these results indicate, what key opportunities German bankers are looking to seize, and what steps they are taking (or we recommend they could take) to better prepare for what’s to come – read the full report.

Get your copy here. The report is available in both English and German