Chris Skinner: the 3 major mindset changes banks have to go through 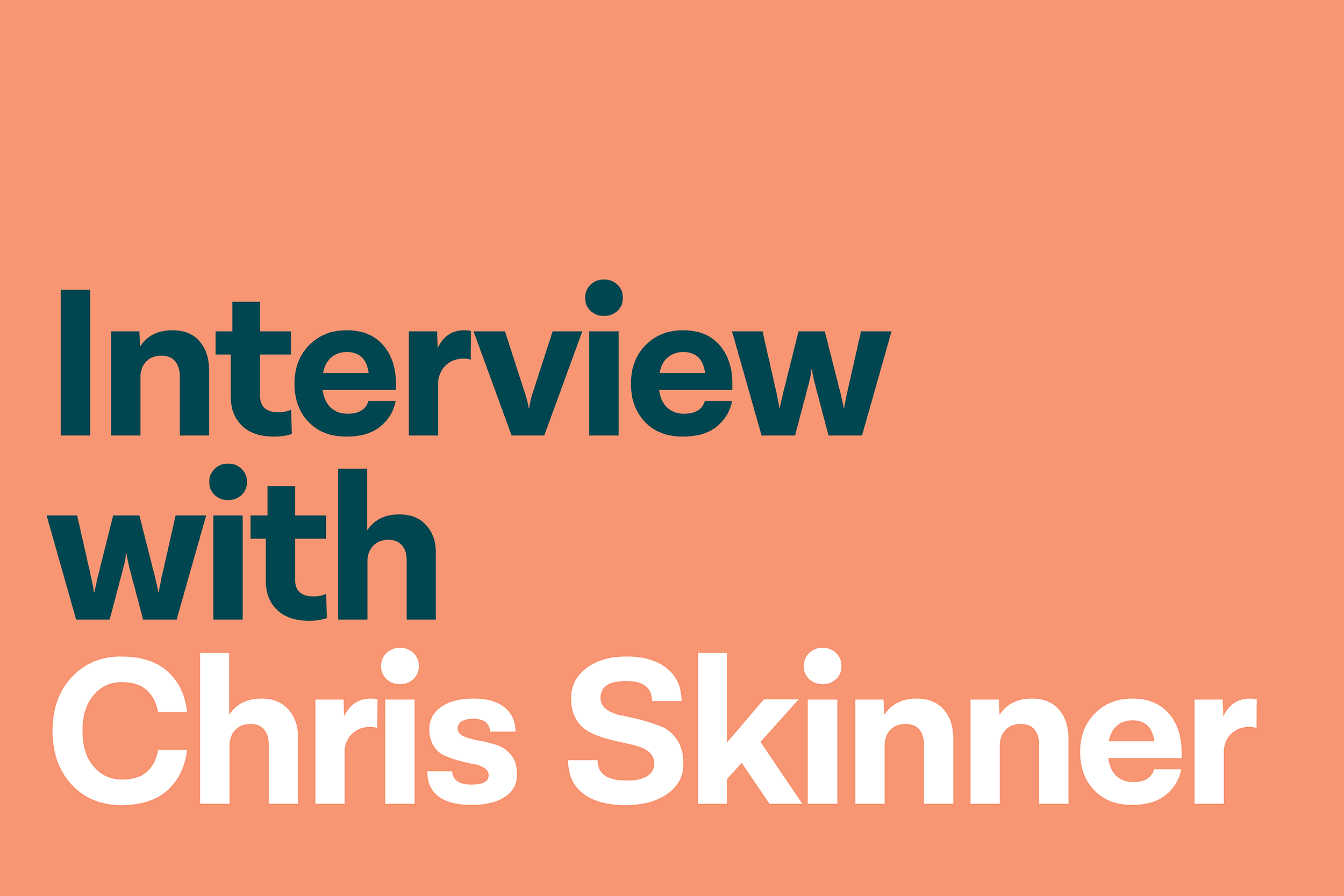 Tink speaks to independent blogger and author Chris Skinner, about his positive view on the future of banking and what banks need to do - to change their business model and truly digitalise.

In the last few years bankers’ attitudes towards open banking have shifted significantly - from a place of active resistance to acceptance. Our open banking survey shows that over half (55%) of bankers in Europe now say they are positive about the movement, and 91% are confident that they can comply with PSD2 regulations in time.

But that’s only half the story. To make the most of the open banking opportunity banks are overhauling their business models to meet customers’ changing demands - and tech challenges are topping the list of bankers’ concerns. This is what Chris Skinner had to say on the subject.

Has your view on the future of banking changed in the last couple of years?

Not really. I have a very positive view on the future of banking. If banks can change their business model and embrace the opportunity of open banking they can survive and thrive.

But that’s the challenge, can they change their model? Banking is heavily regulated for a reason, which makes it hard to enter into banking. Having said that, the protection for banks - in terms of the regulatory and physical barriers - are going away. And open banking typifies that.

Regulators are forcing change into the market. The barriers now are digital entry barriers, and are for the banks themselves.

Banks need to move away from controlling everything to partnering with everyone, then it’s a strong opportunity to deliver better customer services. If they don’t, then it’s a big existential threat.

How can banks begin to change their business models?

There are three major mindset changes that banks have to go through - although most haven't even started the first one.

First is understanding that the digitalisation of financial services is a fundamental change to the business model of a bank.

Second is having a leadership team that can implement that change in the business model.

Third is to change the culture, from being a control freak to having open partnerships.

The first stage is the hardest in many ways. Most executives in the senior echelons of banking see digital as an evolution rather than a revolution from the ground up.

A business model that is built around physical distribution is not going in a digital direction. Another problem is the leadership team is often a bunch of old men who understand banking really well, but don't necessarily understand tech.

Fintech and big tech is a burning platform for change. If the banks embrace and understand that digital is transformation and not just a project then they can move through the three phases.

I can count the banks around the world who are on stage three on two hands.

What are the characteristics of banks doing digital well?

The prevailing characteristic is the leadership team. They have recognised there’s a big change taking place to the business of a bank, they've created a platform to make it happen, and they've been given breathing space to implement an adapted business model.

The critical factor is moving away from focusing on shareholder returns and instead focusing on organisational transformation.

It’s important to implement cultural change so that the whole organisation moves toward a digital transformation. Everyone has to understand the mandate has changed. Digital shouldn’t be just a project, with digital chief officers and a budget.

The banks doing digital well are the ones that are not treating tech as a function owned by the CIO. Business and tech are often too separated. Where digital is being done well, IT is deployed throughout the business and sits in agile working groups in every function. That way the combined ideas, design and delivery makes the customer experience the best it can be.

How do banks who are doing digital well think about customers?

They are customer obsessed. They always start with what would this mean for customers? What does the journey look like, feel like?

They set a target of every manager and employee of the bank to personally experience the customer journey at least once a year. Opening a mortgage, an investment or savings account. To personally understand what it means and how it feels.

Most of them also have been to visit big tech companies, and then tried to emulate them. I know at one bank they keep asking what would Jeff Bezos do? They go through that internal dialogue all the time.

What does it really mean for a bank to be “digital”?

Everyone can claim to be doing digital, but they’re all defining it differently. Everything from rolling out a mobile app to developing an API strategy for open banking - often against an extreme range of capabilities and ideals. The big question is, are they culturally and organisationally gearing up for it, or is it just a project?

It should be a fundamental transformation of a business model. But what does that mean for a bank? To operate like a fintech? To generate new revenue streams from digital services? Selling API access?

Incumbent banking will survive and thrive if banks understand the digital journey they have to take. The greatest challenge is that the leadership team understands it, and they can get the organisation and culture to move with the change.

Should banks be focusing on fintech partnerships or building open banking tech themselves?

I see fintech companies as being very specialised. Taking one piece of a financial process and saying “we can do it better”. And they do it better. The APIs from fintechs are possible components that a bank could curate and integrate, for a much stronger offering to customers, but most banks think they need to build the components themselves.

The control freak thing is very difficult. Banks are concerned about regulators and security. But the most advanced banks are cloud based, and that includes secured services with customer data. How many banks do you think would move mission critical services to private cloud? Not many, because they don't fully understand it.

What is the biggest barrier to digital transformation?

Part of making it happen is transforming the architecture of banking systems. Which is really challenging because so many banks have grown through M&A. They have a spaghetti of databases and system structures that have not been rationalised, because it’s too difficult.

To do that requires core system changes, and making those changes is not something that most of the executives I meet want to do, because it’s high risk and low reward.

The problem is if you have a fragmented and siloed core, you’ll never be able to leverage customer data and customer intelligence using machine learning - because the machines can't find the data. That’s the biggest threat to incumbent banking.

If in 10 years or more you still have so many fragmented structures for data, how will you compete with Amazon or Alibaba? Who intimately understand customer data and how to leverage it?

Are tech companies the biggest threat to banks?

GAFAs (Google, Apple, Facebook, Amazon) and BATs (Baidu, Alibaba and Tencent) aren’t the biggest threats, because their biggest clients are banks. With Google advertising for instance, the biggest ones being on Facebook. They don't want to cut their nose off to spite their face.

Alibaba is interesting. It has a very strong marketplace of APIs that it is exporting to partners – startups and incumbents. And some of their users are the largest banks.

So instead of being a big threat, big tech have a massive opportunity to serve.

So you don’t see big tech as a rival to banks?

The reason why I’m saying big tech are not the biggest threat is that they have one of the biggest opportunities. In the last 30 years we’ve seen a continuing drive of tech threat to banking that’s never materialised.

25 years ago, Bill Gates said we need banking but we don’t need banks anymore. So why didn’t Bill Gates open a bank? Because banks were their biggest customers. Richard Branson said 25 years ago that banks were complacent and greedy - let's break them up. But they haven’t succeeded in delivering banking. Because the big banks are good at what they do.

If the tech companies ever get close to threatening the big banks, the banks will retaliate like crocodiles. They will sit on the water and soak up the sun, but if you go near them they'll kill you.

In 25 years do I see GAFAs and BATs taking over banking business? Will fintech startups and challengers take over banks and becoming the biggest? No. Historically banks have held their position, and that will continue in the future. It’s not a reason for banks to be complacent. It is a reason for them to know they will be fine as long as they keep up.

Do you think the idea of a bank branch network is dead?

The closing down of branches is a challenge. But if banks are moving to digital distribution, they have to get rid of buildings with humans. So if you shut down bank branches that’s appropriate and necessary. Growing the organisation and people in digital, and shedding people in areas where things can be automated.

The question of keeping branches is more around trust and service than anything to do with efficiency and organisation.

What do you think the attitude of banks’ customers is right now?

What I'm getting at when I said earlier that banks will “curate and partner”, is that banks have a platform, and their customers aren’t desperate to find 1000 fintech startups to do their financial services. People want their trusted financial provider to look at fintechs and see if they’re worth working with, and then have the bank deliver those services.

In this industry, we’re having this wonderful discussion to wake up and shake up the bankers. But customers don’t give a damn, they don’t care about what happens. They want great services and if they don’t get it, they’ll move somewhere else.